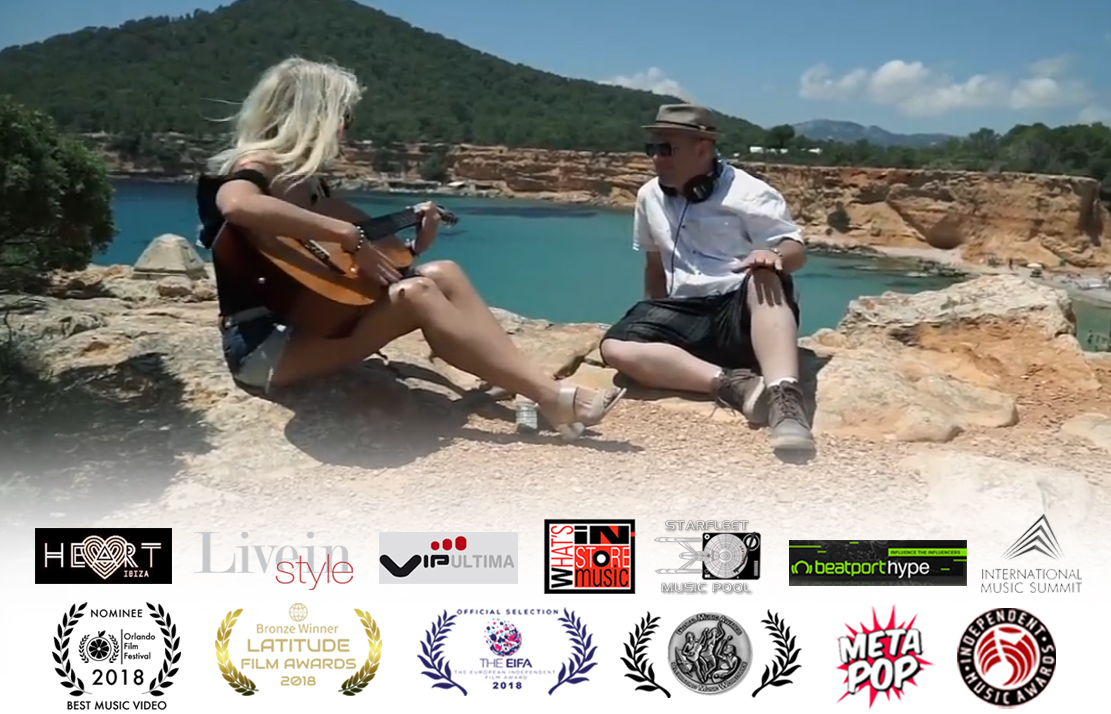 Reflecting back on 2018, there’s so much to be thankful for; so many people to be thankful for.  But to understand 2018, I really have to give credit where it’s due.  A few years ago, before I made Halo Askew a “legit” business, I adopted a couple philosophies from someone who’s made himself accessible to ask advice from:

1.   D.T.O. – Do The Opposite (but be smart about it).
2.  Always have something else to sell.
3.  Find someone who is more successful than yourself and ask them what they need.
4.  Always say yes.

Granted, I probably apply these ideas slightly outside of his normal context, but I don’t think he’d disagree that my application isn’t off base.  My personal music preferences usually lie in the Industrial category, but most of the buzz I have comes from Euro-Pop love songs.  Also, I don’t use social media for calls-to-action or to perpetuate a “persona”; I use it for everyday life (which drives my manager absolutely bonkers).  I never invested in a lot of merch (I stopped printing CD’s and now provide USB bracelets).  My highest selling product: Me!  My “something else” is providing audio technician and engineering services for large format events and productions (I’m a proud member of IATSE – the International Alliance of Theatrical Stage Employees).  And then for the last three years, I teamed up with Kim Cameron (who definitely fits under #3) and no matter what music-related service she needs, I say yes.   I consider DJing to be my “weakest link,” but when Kim offers me a stage, I say yes.  When she asks for a conventional Ragga track, I say yes.  When the shop foreman at Sound Associates asks if I can build a keyboard summing solution or a theatrical reading audio reinforcement system, I say yes. (It never fails that I find out it’s a high-profile gig after-the-fact).

Ok.  I’ll be honest.  I felt I needed that intro because of how many times, THIS YEAR ALONE, I’ve had to defend my business decisions to people who really thought I’m doing things “wrong” and I kinda realized that maybe I had done a piss poor job at connecting the dots in a more obvious way.  Here we go.  Hope that helps.

It sounds a little ridiculous, but I had some amazeballs gigs this year.

I headed up and mixed a theatrical reading of an upcoming jukebox musical by Britney Spears.  I was hired by David Weiser (Weisersound) to assist in providing keyboard support for Universal/NBC‘s Emmy Award Winning, Grammy Nominated “Jesus Christ Superstar Live in Concert.”  The super-sexy, super-swank, Cirque du Soleil-owned venue, Heart Ibiza, plastered my name (literally) all over Ibiza Town, Spain, and hosted Kim Cameron, myself, and Rocky On Percussion on their dope stage as special guests of the Ibiza Burlesque Festival.  Oh, and I was the Audio Assistant for Gettin’ The Band Back Together on Broadway.

Three tracks I produced this year (and their music videos) were given recognition by the Global Music Awards, the Latitude Film Awards, the European Independent Film Awards, and the Orlando Film Festival, while around sixteen international, independent film associations, including the Forwardian Film Society, honored Scumbag by Mars Roberge; a film that included my track with Elaine Benavides, Liquid Bluez.  There’s nothing that makes an eyeball bulge a little more than seeing your show supported by Pete fucking Tong‘s International Music Summit (sit in on a Skype call with Deadmau5 and his and Calvin Harris‘s manager: check).  Then there was that cool interview with Italy’s leading Lifestyle publication, Livein Style Magazine.

Against all odds, and with the help of my newly hired (and fellow CRAS grad) assistant, Lauren Neidenberg, I was able to DJ and perform at the Amsterdam Dance Event, Netherlands, hosted by Kashmir Lounge DJ Cafe.  At that show, I debuted Drive With Me (To The Edge of Space), an eccentric track, with eccentric remixes, with two of the women that I’ve worked with since we were in diapers, Wendi Hughes and Elaine Benavides, which went on to rank #25 in the Top 100 Progressive House charts at Beatport.

The biggest music distributor in China, TenCent, picked up a couple, super weird Ambient tracks and placed them at five Chinese record labels, a major theme park placed a track in one of their halloween themed attractions, and I’m ending 2018 with a newly signed band, Ten Cent Toys, hired for another Universal/NBC live in concert production, and producing music for an upcoming animated children’s feature film (there’s rumor of voice over action on this one).

And now, is that stupid call-to-action that I hate so much:

Does following a guy who works in professional entertainment AND talks about his step-kids, science experiments, and awesome lamb-chop recipes sound like something you’d be ok with?

Do you like Industrial, House, Ambient, and Euro-Pop songs?

Please follow me on Spotify: Kris “Halo” Pierce or, if you’re feeling adventurous, check out my playlist, Halo Askew Entertainment, for a few hundred hours of music that I’m proud to a part of.